Mirka Mora’s passionate longing for Australia found a home in St Kilda. It’s curious that this gifted and aspiring young woman was adamant that she wished to quit Paris and relocate to Melbourne. It was 1950. She was married to Georges Mora and had given birth to their first son, Philippe. What prompted such a dramatic shift? Georges wasn’t keen. The former French Resistance member had other destinations in mind if forced to leave Paris. Casablanca, for example. Perhaps Saigon.

But Mirka was determined, with a ferocious focus that would mark the rest of her life.

The Cold War had started and many anticipated an outbreak of hostilities between France and Soviet Russia. Albert Tucker, who was living in Paris in the early 1950s, felt its pressures keenly. He wrote to Sunday Reed, ‘For me the Russians are just a few kilometres away - they can knock on the door at any time...There are terrible things impending here. My advice to Australians thinking of coming over here – don't’. (1)

Churchill's grim warning in 1946 that ‘an iron curtain has descended across Europe’ was, a few years later, an incontestable fact. The military and economic might of America and Russia forced the nations of Europe to line up with one superpower or the other, irrespective of their own domestic politics. The Marshall Plan, officially known as the European Recovery Plan and funded by America, poured billions of dollars of aid into Europe - but only to those nations prepared to toe the line of American foreign policy. When Stalin forbade the Eastern European satellite countries to accept Marshall Plan help, he completed the division of Europe into two antagonistic camps.

The Communist coup in Czechoslovakia in February, 1948 did not help post-war Europe's nerves. Panicked French and British leaders pressed the US military for an alliance. In April, 1949 eleven European countries and America founded NATO (North Atlantic Treaty Organisation) establishing American military might in Western Europe and its demarcation into two armed zones.

While Tucker feasted on the cultural riches and sophisticated atmosphere of Paris, he was disgusted by the French who didn't ‘give a damn about communists or Russians or anything’ but ‘are quite resigned to one occupation or another and are cynically indifferent’. (2)

Both Mirka and Georges had survived the Holocaust. In July 1942, Mirka, her mother and her two sisters were rounded up with more than 13,000 other Jewish Parisian citizens. Mirka was fourteen. First they were held in appalling conditions at the Velodrome d’hiver (the Winter Stadium), near the Eiffel Tower, ‘which was full of people, screaming, crying, going insane’, Mirka recalled. (3) After three days, they were taken by train to Pithiviers and after that to nearby Beaune-la-Rolande, both about an hour's drive south from Paris. (Ironically, given Mirka’s long association with French cuisine, Pithiviers, named after the town, is a sweet pastry made with almond cream.) The railway stations had been turned into transit camps, the last stop before the inmates were shipped in cattle cars across Europe to Auschwitz. Most were murdered on their arrival. (4)

In desperation, Suzanne and Leon Zelik, Mirka’s parents, hatched an extraordinary plan. Suzanne asked Mirka to tell her the name of each railway station en route to Pithiviers which Suzanne then transcribed. She put the note in an unstamped envelope and pushed it through the wooden slats in the car. A helpful stranger found it, attached a stamp, and posted it to Leon. (5) His quick thinking matched Suzanne’s. Via his connections with the Resistance, Leon arranged for a letter to be sent to the camp authorities saying that Suzanne was a seamstress who was employed making military uniforms, work that was classified as essential. ‘How did you do it?’ Mirka later asked her father. ‘Many gold coins’, came the answer. (6) In August, Mirka and her family were freed. But for the rest of her life, Mirka could ‘still see the people behind the barbed wire staring at us...It was unbearable to leave them, and at my tender age I felt guilt for the first time’. (7) At the camps, the children were separated from their families. It’s difficult not to draw a connection between that sad vision and the melancholic, large-eyed children who appear in Mirka’s art from the late 1950s.

While the family was reunited, the terror did not end there. They needed to go into hiding. Again connections with the Resistance were vital. By chance, Suzanne met a railway worker who was also in the Resistance: he arranged for false papers and a house for them to stay in the village of Venizy in the wine-making district of Burgundy. The Zeliks’ luck held, Mirka remarking ‘the entire village knew we were there’. (8) After two more anxious years, the war in Europe ended, and the Zeliks returned to Paris only to find their apartment looted. (9)

Unsurprisingly, after those years of trauma, Mirka was restless. She dropped out of school and, in 1946, took a job as a teacher’s aide at an orphanage for Jewish children in Brittany. Administered by Oeuvre de secours aux enfants (Children’s Aid Society), it was in the pretty seaside town of Saint-Quay-Portrieux. Surrounded by children who had survived the Holocaust, it perhaps provided Mirka with a salve for the memories of the children at Beaune-la-Ronde destined for the camps. The children in Brittany had been saved from that grim fate. They literally became Mirka’s ‘angels’. A photograph shows Mirka on a truck with some of the children. Dressed in white, Mirka has adorned them with angel’s wings. While Mirka beams at the camera, the little faces of the children remain grave, a reminder that, though they were free, their families were destroyed and their future was uncertain. (10)

At the orphanage, in that place of hope and recovery, she met Georges. Fifteen years her senior, Günther Morawski was born in Leipzig in 1913, of Jewish German parents. A young medical student and a communist, he fled Germany when the Nazis came to power in 1933. In France he changed his name to evade detection. Georges Morand (later Mora) became actively involved with the Resistance.

Georges had also been working for the Children’s Aid Society since 1941. It was a series of perilous adventures, where he assisted in a network that provided safe passage for Jewish refugee children. His compatriot in this enterprise was Marcel Marceau, later an internationally renowned mime artist. Starting in 1943, Marceau and Georges smuggled small groups of children across the French border into Switzerland. These operations were undertaken at night, guided by Marceau and Georges. The younger children were carried on the shoulders of the older ones, and all had to keep total silence. (11) It seems no wonder that years later, in the peace and quiet of Melbourne, Georges would awake screaming in terror, believing the Gestapo was after him.

Georges was a remarkable, courageous and debonair individual, a man who, perhaps due to the dangers he had faced, managed to cope with whatever challenges life offered him. When he met Mirka, he was the Children’s Aid Society’s Paris-based managing director, popular with his colleagues and the children. Mirka set her heart on Georges. He was, if you like, part of her plan. She would marry this staunch fellow, have his babies and raise them in the safety of Melbourne. That he was a father figure for Mirka was undeniable. Though Leon and Suzanne managed to save their children and themselves during the war, it did nothing to change their antagonistic marriage. When Mirka went to Brittany, they were in the process of getting divorced.

Georges was affable and courteous and, only once in all the years I knew him, did he show anger. We were discussing Gray Smith, Joy Hester’s second husband, who was given to violent outbursts, sometimes fuelled by alcohol. A difference of opinion took place between Gray and Georges, and Gray grabbed a chair and chased Georges up and down the stairs at 9 Collins Street. ‘I thought he was going to kill me’, Georges said, furious, still gripped by the memory. Barrett Reid, who must have been present, told me the same story as if it were a joke. It seems being pursued by the Gestapo was a nightmare that never quit.

There’s a touching photograph of Georges and Mirka sitting on the beach at Saint-Quay-Portrieux in 1946. An intense conversation seems to be taking place. Mirka captioned it ‘discussing the future with Georges’. (12) It must have been a difficult undertaking to convince Georges to emigrate to Australia, an almost unimaginably exotic place in those days. But Melbourne was Mirka’s ‘obsession’. (13)

That was in part due to her fascination with Henri Murger’s 1851 novel Scènes de la vie de bohème (Bohemians of the Latin Quarter) which was the inspiration for Puccini’s opera La Bohème. There was one Bohemian who particularly took her fancy – the artist Marcel who was based on the writer and photographer Antoine Fauchery. While Fauchery arrived in Melbourne in 1852 to try his luck on the Victorian goldfields, it was his photographic work that earned him some degree of fame. With Richard Daintree he produced Sun Pictures of Victoria (1858) the first photographic album of Australian scenes made available for sale to the public. Not only is the album an invaluable record of 1850s Victoria but, early in the history of photography, it presents powerful and arresting images of the city, Aboriginal people, the goldfields and majestic eucalypts.

After to-ing and fro-ing between Paris and Melbourne, Fauchery based himself here in 1857 ‘cheerfully reconciling himself to the discomforts of colonial life at that time, and exhibiting a vivacity and buoyancy of spirits all the more remarkable as he had occupied a prominent position in Paris as a man of letters’. (14) Not only was Fauchery Mirka’s template – a French artist who had made good in this faraway land – but he aroused her abiding interest in 19thc Australian history. In her memoirs, Mirka referred to Fauchery as ‘my friend’. (15)

Mirka and Georges' openness and humour, combined with their considerable charm, meant they made friends quickly. They were certainly not snobs. Mirka’s commitment to her new home meant she learned English fast. She arrived with two sentences; ‘the sky is blue’ and ‘the fountain is in the garden’. (16) Reading her beautifully written memoirs, Wicked but Virtuous: My Life (2000) is to register how thorough was her command of the language. Georges already spoke English fluently.

Chapter 1: From Paris to Melbourne

Dr Janine Burke is an author, art historian and a local resident for thirty-five years. She is Honorary Senior Fellow, University of Melbourne and committee member, St Kilda Historical Society. 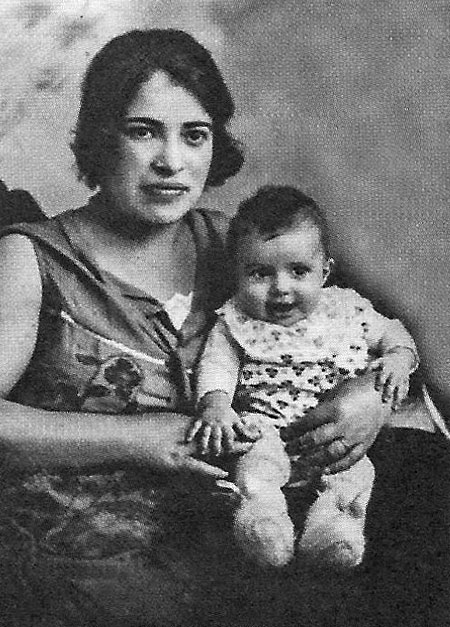 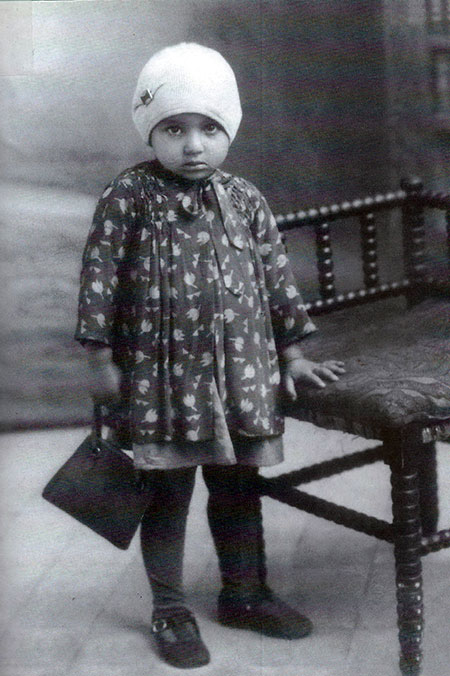 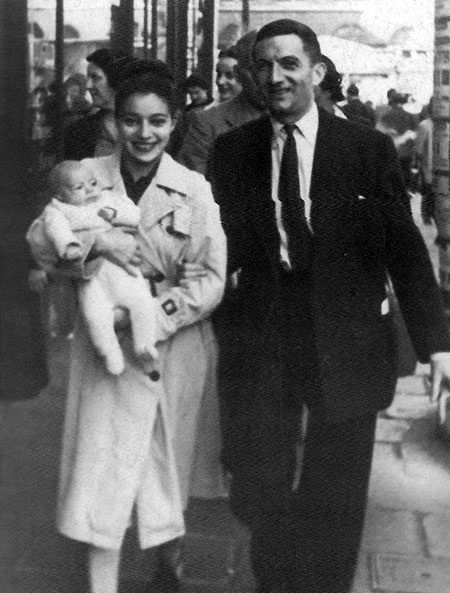