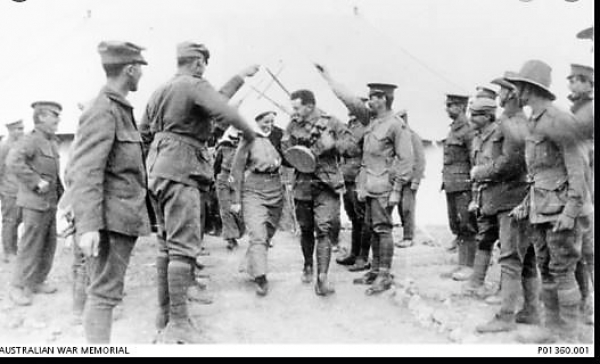 Clarice was born at Box Hill in 1889, the daughter of builder John Robert Daley and Jessie Elizabeth Sim. She grew up in Bendigo until the family moved to Elwood where her father purchased many acres of land which he subsequently developed for housing. Bendigo, Selwyn and Beach Avenues Elwood still contain many of his houses. He designed and built Majestic Mansions in Fitzroy Street St Kilda in 1913.

Clarice became a nurse and from 1912 to 1915 she was a senior nurse at Melbourne Hospital, then located in Lonsdale Street on the site later known as the Queen Victoria Hospital.

With a sense of adventure, on 5 May 1915 Clarice aged 25 enlisted in the Australian Army Nursing Service. She gave her address as ‘Turriff’ Beach Avenue Elwood - a large two storey mansion built for the family by her father on a corner block which became  61 Ormond Esplanade.

On the 18 May 1915 she embarked with 80 nurses of the 3rd Australian General Hospital (3AGH) aboard the RMS Mooltan, bound for England from where they were redirected to the Greek island of Lemnos. In 1915 Lemnos was the main base for the Gallipoli campaign and was the location of two Australian field hospitals – the 2nd Australia Stationary and the 3AGH.

When 3AGH nurses arrived at Lemnos in August 1915 they were met with appalling conditions and virtually no medical equipment. They were overwhelmed with casualties from Gallipoli and wards were quickly overfilled with patients. The only accommodation was army hospital tents with no electricity, only candles. The tents often collapsed in high winds. When the theatre tent collapsed everything inside had to be resterilised with scarce sterilising equipment. Food was limited, green vegetables nonexistent and water strictly rationed. Nurses washed their patients in sea water. The unsatisfactory diet and inadequate fresh water saw frequent outbreaks of dysentery. Despite these setbacks the 3AGH nurses’ hard work and ingenuity produced high patient recovery rates.

While on Lemnos Clarice became reacquainted with her Melbourne sweetheart, Sergeant Ernest Alfred Lawrence of the 1st Light Horse Brigade Headquarters who was sent to the hospital to recuperate. Her father disapproved of the romance because Ernest in civilian life was a lowly commercial traveller from Elsternwick. They married on 21 October 1915 at the Church Camp Mudros on Lemnos, the only such marriage recorded between service personnel.

Army regulations forbade army nurses from being married but Clarice wasn’t discharged immediately as she continued to nurse on Lemnos for several more months. She returned to Australia aboard the Nestor, arriving in Melbourne on 13 March 1916. She was officially discharged from service on 31 July 1916. Her father was allegedly so disgruntled by her marriage that he cut her from his will.

Life back in Melbourne

Ernest returned in 1918 and after the war he and Clarice lived at 52 Docker Street Elwood and ran a second hand furniture shop in Barkly Street. They had four children before Ernest died in 1933. Like many returned soldiers, Ernest suffered illnesses related to his war experience, both physical and mental, including alcoholism.

Following Ernest’s death, Clarice’s brother Claude persuaded their father to reinstate her in his will.

Clarice’s father John Robert Daley died in 1937 and soon after she returned to live at the Daley family home, Turriff, on Ormond Esplanade with her mother Jessie and sister Ruby. It was here that she died on 2 May 1944. She is buried in St Kilda Cemetery with her husband. Her WW1 service was recognised with the British War Medal, the 1914-15 Star and the Victory Medal.