195-201 Alma Road, St Kilda East (encompassing the properties either side of Wilgah Street) 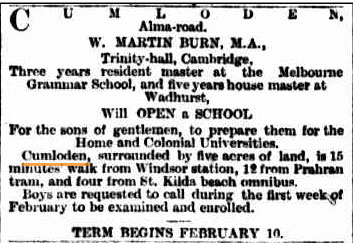 In ca 1890 Cumloden villa was leased to William Martin Burn, a senior master at Melbourne Grammar. Following a disagreement with Dr. Wilson, the then headmaster of that school, a group of disaffected masters lead by Burn established Cumloden College. The school opened in February 1891 with many of Burn's students following him to the new establishment.

Burn was forced to retire at the end of 1905 due to ill health and the school closed with many of the pupils transferring to Scotch College or Melbourne Grammar. In 1906 the grounds were leased to the Anglican Church as St John's Theological College. Martin Burn died on 20 February 1911. In 1920 the property was sold for subdivision.

Below image: Cumloden Football team 1903, showing the main building in the background. 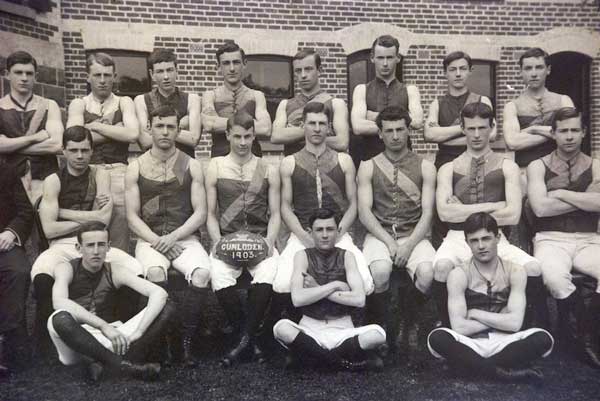