In this area you will find a collection of short histories about various St Kilda identities.

Lloyd Tayler was, was born in London, June 1851 he migrated to Australia and by 1856 was working on his own in Melbourne and had designed premises for the Colonial Bank of Australasia. In the 1860s and 1870s he won repute by his designs for the National Bank of Australasia; identified in the CoPP Heritage Review Citation  2388 Page 7as following a simple Renaissance revival formulae. His major design for the bank was the Melbourne head office (1867) which he described as Palladian (ADB). According to Dunbar & Tibbits “In all his public and commercial designs he seems to have been committed to a restrained classicism spiced with reserved mannerist details”, while his domestic architecture featured similar characteristics; the finest example is the colonnaded mansion Kamesburgh, Brighton, commissioned by W. K. Thomson in 1872. Other houses include Thyra, Brighton (1883); Leighswood, Toorak; Roxcraddock, Caulfield; Chevy Chase, Brighton; Blair Athol, Brighton; and a house for his son-in-law J. C. Anderson in Kew (ADB).

Tayler was particularly active in St Kilda in the mid to late 19C designing several houses and mansions including 22-24 Princes Street (1856), ‘Fernacres’ (1863), ‘Marlton’ (1864), ‘Yanakie’ (1868), ‘Decomet’ (1870) ‘Hereford’ (or ‘Herford’, 1870), and ‘Pladda’ (1889). In 1881 Tayler went into partnership with his pupil and assistant, Frederick A. Fitts. Tayler and Fitts were complimented for the design of a building for Lambert and Son, Melbourne (1890), for ‘avoidance of the overcrowding of ornamentation … which forms a far too prominent feature on [many contemporary] façades’. In 1899 Tayler opposed decorative stucco work and warned against extremes in which the picturesque became the grotesque (ADB). One of his last major commissions, in 1890, was for the Melbourne head office of the Commercial Bank of Australia; he and Alfred Dunn (1865-1894) became joint architects. The vast, domed banking chamber created a sensation at the time and is carefully preserved.

His last important design was the Metropolitan Fire Brigade Headquarters Station, Eastern Hill (1892) (ADB). Tayler was active in the architectural profession. He was an inaugural member of the Victorian Institute of Architects in 1856, helped to obtain its Royal Charter in 1890, and was president in 1886-87, 1889-90 and 1899-1900. In May 1900 he read a paper on 'Early and later Melbourne Architects' before the institute. While on a two-year visit to Europe and Britain, he was admitted a fellow of the Royal Institute of British Architects in 1874, and in 1899 contributed a paper on ‘The Architecture of the Colony of Victoria’ to its Journal. He was a ‘staunch and valued supporter’ of the Architectural and Engineering Association (ADB). Tayler died on 17 August 1900 and his obituarists referred to him as ‘probably the best known figure in the architectural profession in Melbourne’ (ADB). 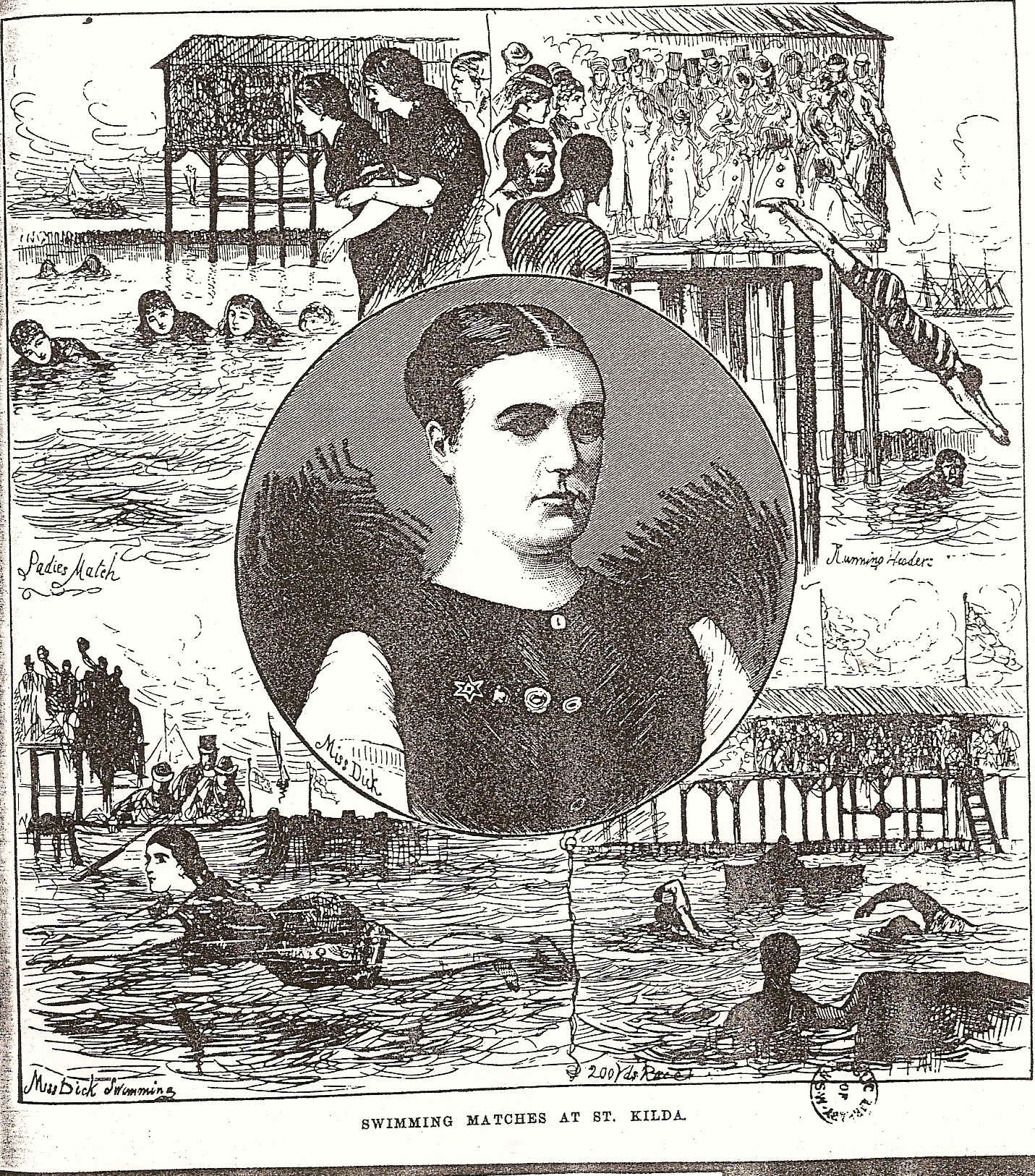 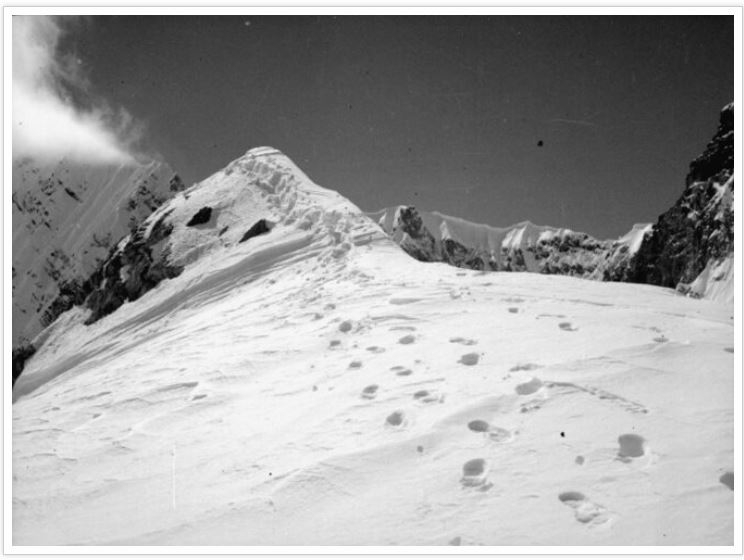 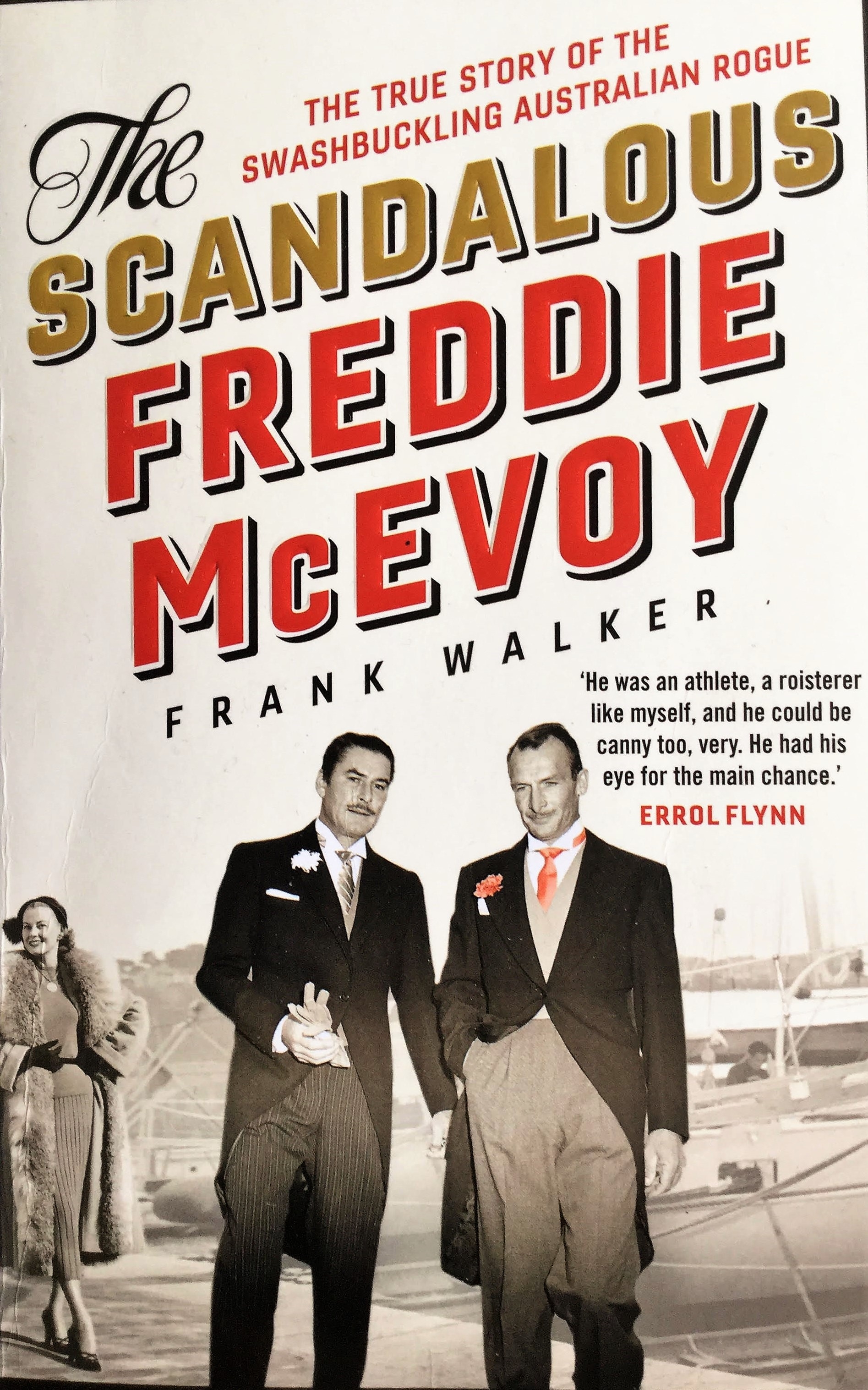 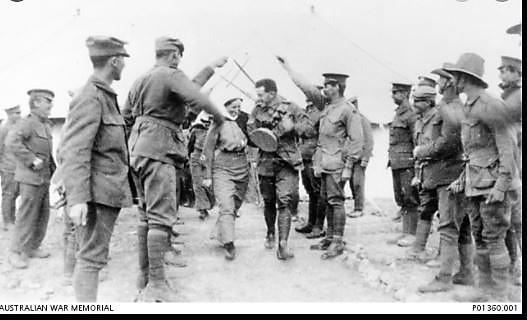 Clarice Lawrence was a WW1 Army Nurse who nursed Gallipoli casualties on the Greek island Lemnos. 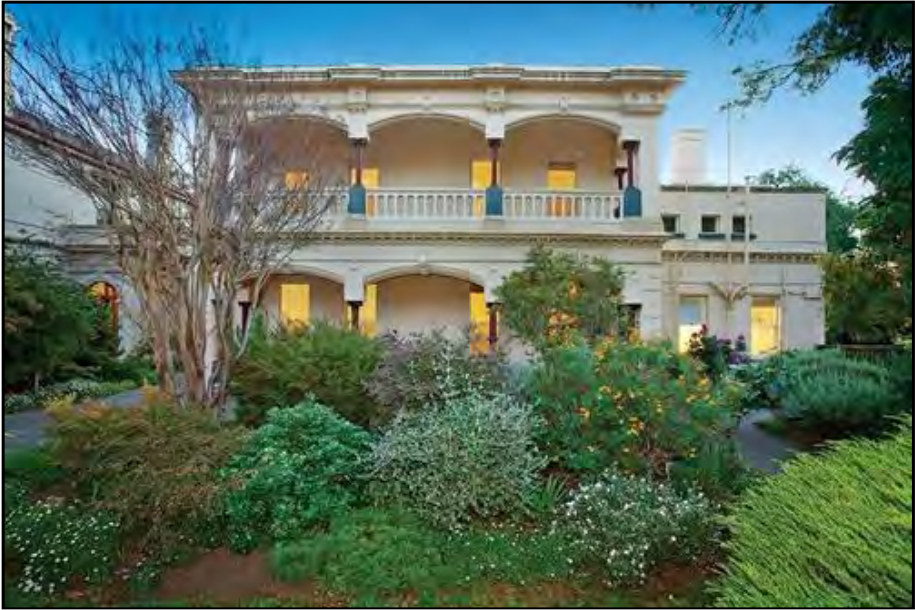 Stanley Melbourne Bruce was Australia's eighth Prime Minister from 1923 to 1929. 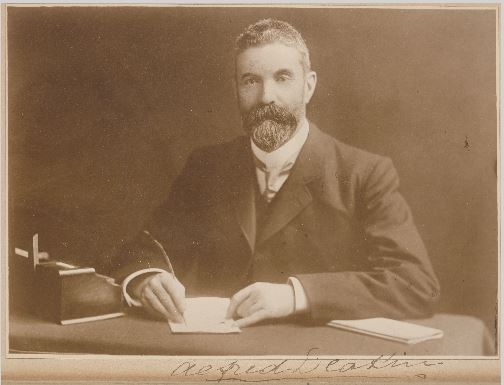 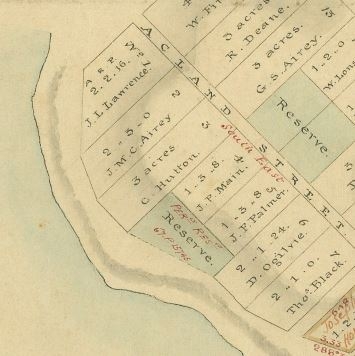 John Moore Cole Airey was a politician, grazier and land speculator who purchased Lot 2 in St Kilda's first ever land sale in 1842. 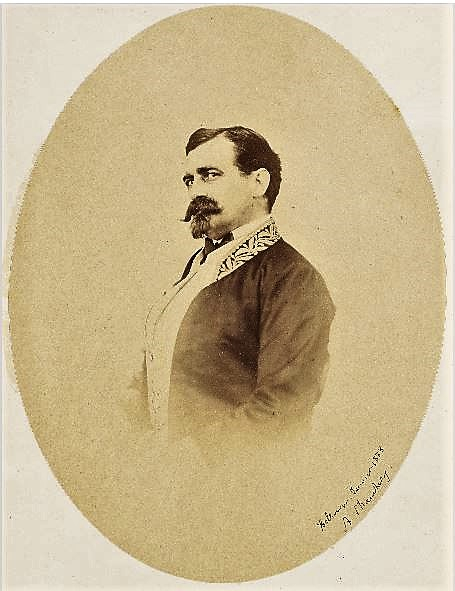 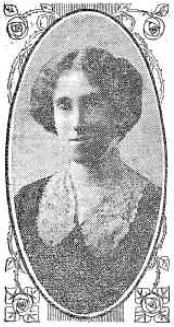 Founding member of the Lyceum Club and supporter of the Arts 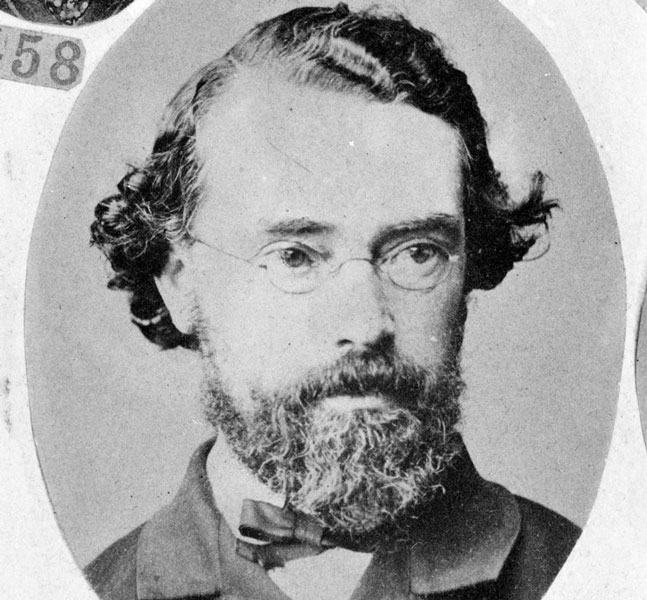 Frederick Brooke was a well-known St Kilda fisherman and boatman. 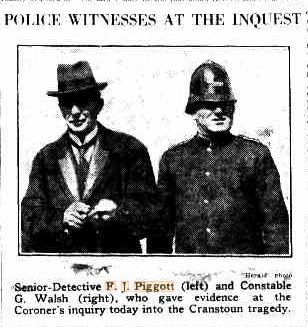 Frederick Piggott was a superindendent of Police and a forensic science pioneer. 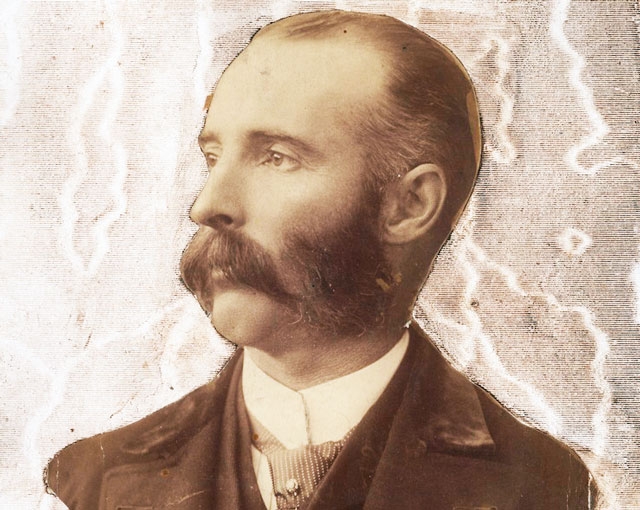 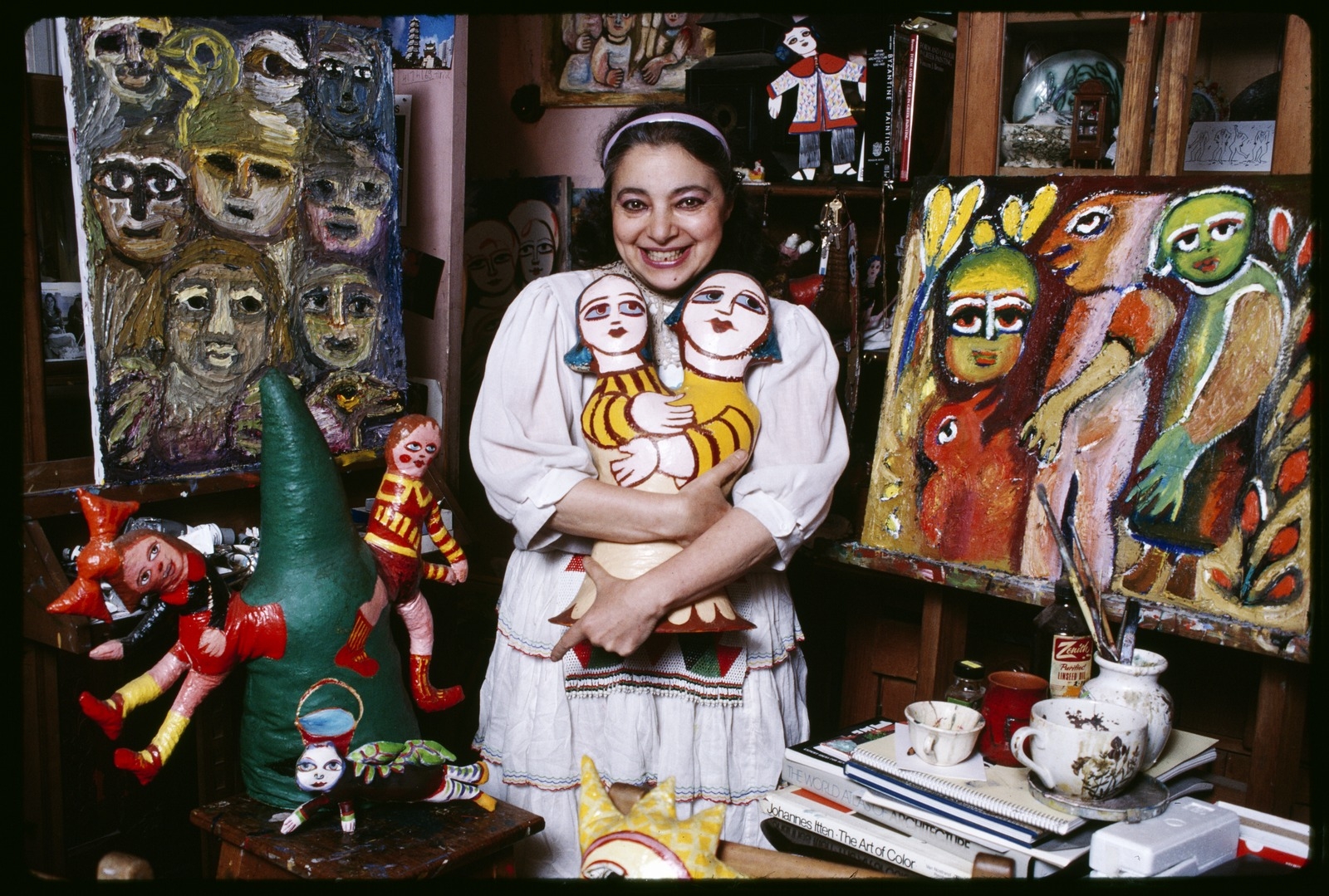 Mirka loved St Kilda’s raffish bohemian charm and made it her home for nearly two decades.

Crouch & Wilson Crouch & Wilson, established in 1857 by the partnership of Tasmanian-born Thomas J. Crouch (1833-1889) and Ralph Wilson (1827-1886) who had recently emigrated from London. They conbined to set up a prominent and distinguished architectural firm in Melbourne during the nineteenth century.

David Rosenthal, a merchant jeweller and a native of Russian Poland, arrived in Melbourne aboard the Sydney in November 1852 (Dwyer 2008). He is recorded as living in St Kilda from as early as 1865 when he was the occupant of house in Barkly Street (RB, 1865, no. in rate 623). His first years in Melbourne were spent in business with other emigrants from Europe, firstly with Hayman Feldheim, then later also Abraham Berens, a relative, as importers and wholesale jewellers at 33 Little Collins-street west until 1859. Rosenthal then continued alone until 1871, when he, with his business partner (and brother-in-law) Saul Aronson established the firm originally known as David Rosenthal & Co, and later as Rosenthal, Aronson & Co (Dwyer 2008).

In 1872 the firm erected a jewellery manufactory at the rear of their then-retail premises at 15 Little Collins-street west. Designed by the architects Reed & Barnes and constructed of stone and brick, it was a substantial building of three storeys, and could accommodate fifty-five goldsmiths in comfort. A celebratory banquet was held at the opening of the new building, with the principal, Mr. Rosenthal, welcoming some hundred guests (Dwyer 2008)

By 1888 as many as 100 hands were employed by the firm, and more than 5000 brooches had been made, in addition to rings, lockets, chains, etc. Having built a prosperous enterprise, David Rosenthal retired in 1889, but still retained a financial interest in the business. Over time other retail branches were opened in some Australian states (Dwyer 2008). In 1901, in October, the business still known as Rosenthal, Aronson & Company was floated as a public company, with £90 000 in shares of £100 each. It is unclear whether David Rosenthal still had a financialinterest in the business at this time, but by 1903 when the business became Aronson & Company David Rosenthal was no longer a partner (Dwyer 2008). After making his will in 1893 Rosenthal lost all his money during the Depression of the 1890s, though he was able to compromise with his creditors, thereby avoiding insolvency. He passed away on 7 March 1910 aged 84 at his residence, Amoe, at 9 Redan Street, St Kilda where he had been living since 1899. He had lived in Melbourne for over fifty years, and for almost forty years had been engaged in manufacturing jewellery (Dwyer 2008).

While the death of Mr. David Moore at his residence, Charnwood-road, St. Kilda, yesterday disappears one of that rapidly dwindling band of surviving members of the first Parliament of Victoria. Mr. Moore was born in Sydney in 1824, being a son of Captain Joseph Moore, a partner in the firm of Messrs. William Walker and Co., merchants, who were largely interested in the whaling industry. Twenty-seven years later he crossed to the shores of the Port Phillip settlement, and remained in it ever since. In Sydney, Mr. Moore had already grown to be regarded as an astute and shrewd man of business, and in the office of Messrs. Walker and Co. he had attained an important position. Consequently, when he arrived in Melbourne, his reputation stood him in good stead, and he found in mercantile circles that confidence which would have been denied to a stranger. Mr. Moore quickly became prominent among the Melbourne business men of the day, and showed so keen a grasp of political matters that he was pressed to stand for the Legislative Assembly when the first election was announced. Acceding to this request, Mr. Moore chose the constituency of Melbourne, which then returned four members, and had the satisfaction of finding himself at the head of the poll. At the opening of the Parliament at St. Patrick's Hall, which is still standing in Bourke-street west, Mr. Moore took his seat, and so speedily did he progress in Parliamentary practice that when the second Haines Ministry was formed in April, 1857, he was appointed President of the Board of Land and Works. During Mr. Moore's career in Parliament he was a firm advocate of the policy of free trade, and his advocacy of the cause did not relax even in after years. A man possessed of considerable wealth and property, Mr. Moore has not been prominent in public life for many years past, but in financial and mercantile matters his grasp remained just as firm as ever. For 44 years continuously he has held a position on the directorate of the Victorian branch of the Bank of New South Wales, and at the time of his death he occupied the chair of the president of the Southern Insurance Company. Mr. Moore leaves a widow and several children, among whom are Mr. Charles W. Moore, Mrs. Edward Fanning, Mrs. A. Stewart Forbes, Mrs. Shepherd Laidley, and Mrs. Harvey W. Hamilton. Though largely interested in Victorian institutions, the bulk of Mr. Moore's property is situated in New South Wales, including considerable squatting areas in Riverina.